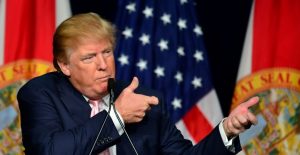 I remember the day the world became something it had never been before.

I was in my room studying for a chem exam and I heard Feibush running down the hall yelling.  He was loud and obnoxious and always instigating some kind of ruckus in the dorm, and now he was hollering incoherently about the president and the governor getting shot and I just felt annoyed at whatever bullshit game he thought he was playing.

And then after a few minutes I became aware of the unnatural quiet that had settled over everything and I left my room and walked  down the empty hall to the open door of Bob Clinton’s room where a dozen or so of the guys were crowded into the little space, absolutely silent, Bob’s radio telling the tale, the president shot, rushed to a Dallas hospital, long anxious minutes waiting for the inevitable news that he was dead.

And a little later that day, walking out into cool crisp November, off campus to the big Catholic church across Union Street from the college’s main gate, stepping inside and sitting in a pew, not to pray but to silently mourn, not because I was a Catholic or even a believer, but because he was and it felt like a way to honor something.

Four and a half years later in the back seat of a car driven by one of my brother officers, sitting next to his sister, one of her sorority sisters in the front passenger seat, the girls had come up to Alexandria from whatever southern university they attended, and we had double-dated to see “The Graduate” in DC, were headed  down I-95 for drinks somewhere I suppose, when the news from Memphis came over the radio.

I remember that the girls agreed that he deserved it.  Jim and I had nothing to say about that, but we understood immediately that we had to get rid of our dates and report to battalion HQ on Fort Belvoir. The 91st was the prime ready reaction force for civil disturbances in DC, the previous October we’d deployed to defend the Pentagon from the armies of the night, we’d been training all winter in riot response and crowd control anticipating the hot summer of Dr. King’s Poor People’s March, now events had overtaken all that planning and preparation.

At dawn I was back on I-95 in a jeep heading north, and coming over the crest of the last hill where the panorama of DC opened up before us, the Potomac, the Capitol dome and Washington Monument, a curtain of smoke rising behind and around them, a vision of hell engulfing the icons of truth, justice and the American way.

A few months later, I was asleep on the couch in my mother’s living room.  She and Dad had sold the family home on Sly Hill when they split five years back, and I didn’t have a bedroom in the house in town to which she’d moved with Grandma and my three little sisters.  I was on leave for a couple of weeks before deploying to Vietnam.

Again, the radio.  Another killing, this time in Los Angeles.  I was beyond heartbreak, numb, disgusted, despairing.  All I could do was turn it off, roll over, close my eyes, try to sleep it back into oblivion.

And now this malevolent circus clown, this sociopathic un-reality star, this pustulant boil on the ass of the body politic, with his oh-so-clever, didn’t exactly say it but everyone knows what he means no matter what kind of spin his chorus of ogres and trolls try to put on it, wink-wink-say-no-more — this apotheosis of one political party’s half-century pandering for political gain to the most hate-filled remnant of racist, violent, anti-American neo-Confederate deadenders, this sorry waste of protoplasm is turning threats of assassination into just one more rhetorical device in our country’s mainstream political discourse.

We’re the same age, Donald, we witnessed the same national traumas, though we lived through them in different circumstances.  How could you not have been touched by them, how could you not understand the loss, the grief?

How can you take the side of the plague, ally yourself against our common humanity?

Is there finally no decency left in you?  Was there ever any decency in you?